The Second Sunday of Advent – Year A 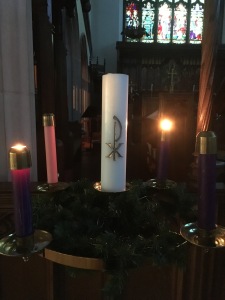 Like it or not, our Gospel for this Second Sunday of Advent challenges us with yet two more profoundly counter-cultural realities in our time: prophecy and repentance.  As we continue our spiritual preparation to celebrate the birth of the Messiah two-thousand years ago, and to welcome him anew into our hearts and into our world—both now and at the close of the age—the great Church year asks us to hear and to heed the fundamental message of the prophets, those holy ones who “speak for” God throughout salvation history.  For, regardless of their historical circumstances, all prophets have sounded one clear and consistent message: the covenant “people of God” have fallen short of the glory God intends for them, and they must remedy matters by “repenting,” by “turning,” by “changing the direction from which they are seeking their happiness.”  Whether it’s the Hebrew word teshuvah or the Greek word metanoia, the biblical call to repentance always requires a radical “change of mind and heart” and an amendment of life. END_OF_DOCUMENT_TOKEN_TO_BE_REPLACED 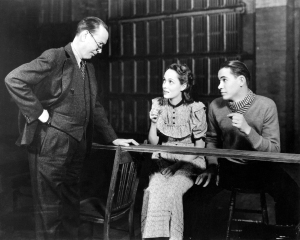 My Friends: In Thornton Wilder’s play Our Town, the character of the Stage Manager says that “wherever you see human beings gathered together, there is a whole lot of foolishness going on.”  And the proof of this insight is probably no more evident than in the news media these days, and I am not referring to the daily press coverage of criminality and corruption in every quarter of our nation’s capital. END_OF_DOCUMENT_TOKEN_TO_BE_REPLACED 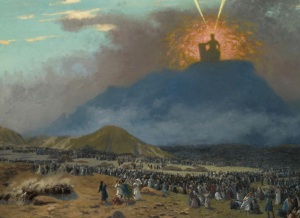 Because all three of our readings this morning so strongly emphasize the theme of God’s infinite concern for the forgiveness of sins and the salvation of sinners, it’s possible to overlook the truly astonishing statement about God embedded in these same readings.  The Hebrew Bible’s Book of Exodus states this morning: “The Lord changed his mind about the disaster that he planned to bring on his people”!  That’s right—that’s what it says—“The Lord changed his mind”!  In other words, God “repented”!!!  Now, if this is really true, then we need a big re-think about a whole lot of modern assumptions about the way things are.  Perhaps we are not living in a purposeless, clockwork universe after all, in which the cosmos mysteriously came into existence with the “big bang” billions of years ago; is still expanding and unfolding according to the immutable laws of nature; and will burn itself out in the distant future when all of the energy of that initial explosion of energy is finally spent.  In this schema, our “accidental cosmos” is nothing more than blind and meaningless exploding and imploding energy and matter, and we are merely an improvised variation of the “stuff of stars.” END_OF_DOCUMENT_TOKEN_TO_BE_REPLACED 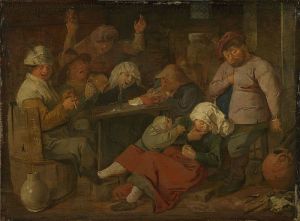 My Friends: Our Gospel this morning is another vivid example of the adage that “the past is another country; they do things differently there.”  Jesus’ image of himself as a “good shepherd” in Chapter 10 of Saint John’s Gospel would have struck his original audience as a contradiction in terms.  Despite those bucolic portraits of meek and mild “shepherds in their fields, keeping watch over their flocks by night,” drawn from Saint Luke’s Gospel, shepherds were not highly esteemed by the locals of first-century Judea, Samaria, and Galilee’s towns and villages.  And their ill-repute was richly earned: they often were “hirelings” who lived in the rough and by their wits.  And they seldom owned the sheep they were paid to pasture.  Whenever the locals knew that “the shepherds” were coming into the town for a night’s entertainment, they would shutter their windows and bolt their doors until the inevitable mayhem was over.  An analogous situation from our own history might be the local reaction to gunslingers in the Wild West drinking at the local saloon: whenever they came into town, you just knew that trouble would not be far behind. END_OF_DOCUMENT_TOKEN_TO_BE_REPLACED 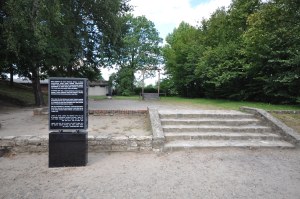 Of the many testimonies to horror, cruelty, and courage to reach us from the Shoah, one in particular, witnessed by Auschwitz survivor and Nobel Laureate Elie Wiesel, is especially poignant.  In his memoir Night, Wiesel describes the summary execution of a young boy at that notorious death camp in which Wiesel himself was imprisoned.  The boy had been caught by a camp guard in some minor infraction of camp discipline.  After questioning the child to determine his alleged “guilt,” the commandant decided to make an example of the boy before his fellow prisoners.  So, he ordered the whole camp, including Wiesel, to assemble at dawn the next morning to witness the boy’s execution.  When the prisoners had been herded into the freezing, snowy yard of the camp, the frightened child was dragged before them, stripped of his clothing, and hung from a makeshift gallows as the entire prisoner population watched in helpless horror.  The camp guard who had caught the boy in his petty infraction then turned to a rabbi prisoner and asked in a sneering and tormenting voice, “So, rabbi, where is your God now?”  The rabbi looked his tormentor in the eye and calmly pointed to the twisting body of the hanging child.  “There he is,” the rabbi said, “hanging from your gallows.” END_OF_DOCUMENT_TOKEN_TO_BE_REPLACED 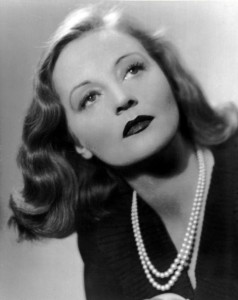 Every time I hear this morning’s beloved Gospel narrative—commonly referred to in the tradition as “The Widow’s Mite”—I am reminded of a story, perhaps apocryphal, told about the late, great actress Tallulah Bankhead, who really was a devoted Anglican, albeit with a wicked and ironic sense of humor.  Apparently, Ms. Bankhead had just attended a high Anglican liturgy in an English cathedral, at which an Anglican bishop, all bedecked in his episcopal finery, presided.  The liturgy included the use of incense burning in a golden thurible on a long chain.  Anglican lore has it that, at the conclusion of the service, Ms Bankhead approached the bishop and, in that legendary, deep gravelly voice, said to him, “Your Grace, I love your drag, but your purse is on fire.” END_OF_DOCUMENT_TOKEN_TO_BE_REPLACED 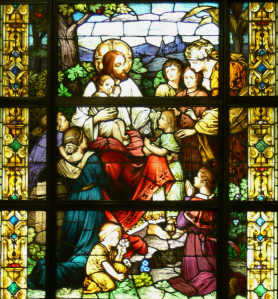 By now, all of us have likely seen far too many images of Jesus Christ that I like to refer to as the “Swedish Jesus”: that is, Jesus portrayed with blond hair and blue eyes, surrounded by a crowd of adoring, happy children.  And yet, we know that such a depiction is both a complete and a literal misrepresentation of Jesus of Nazareth, a first-century, Mediterranean Jewish artisan living under Roman occupation in the Roman province of Syria.  He was entirely embedded in his west Asian religion and culture, and his little world consisted of Judea, Samaria, and Galilee, with occasional incursions into adjacent Greco-Roman cities, as we have heard over the last two weeks.  He lived, along with everyone else, in what we in the West now call the “Middle East.”  His cultural background included a system and hierarchy of honor at least as old as the patriarchs of the Hebrew Bible, and persisting to this very day in that part of our world. END_OF_DOCUMENT_TOKEN_TO_BE_REPLACED